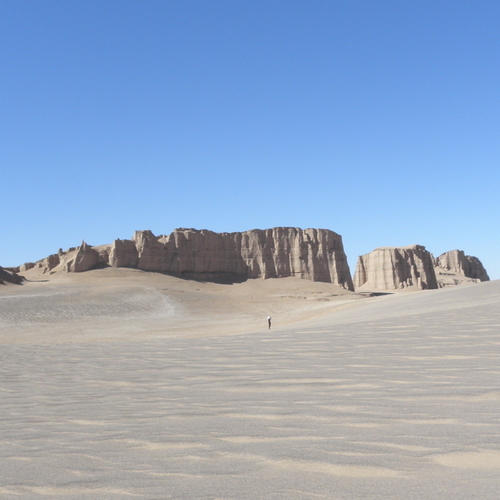 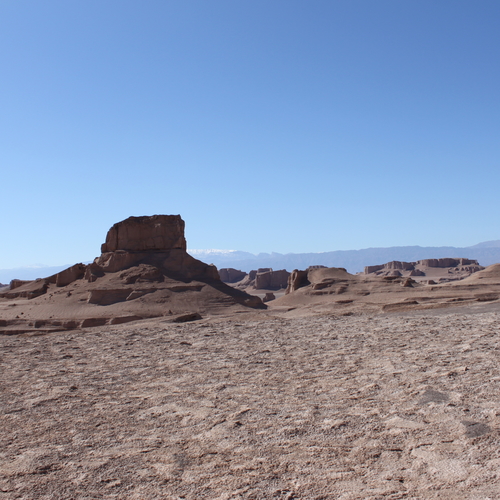 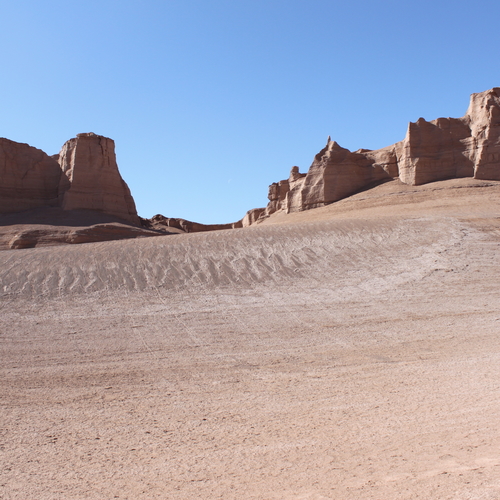 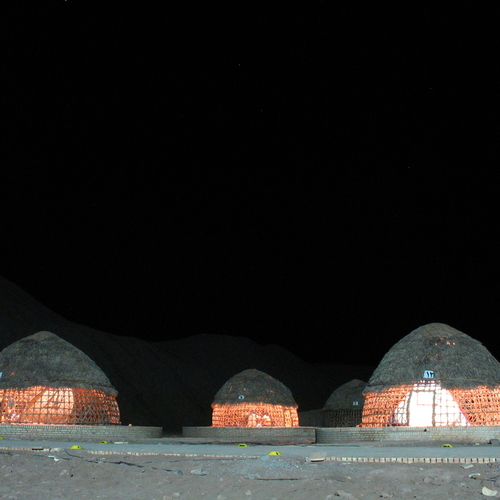 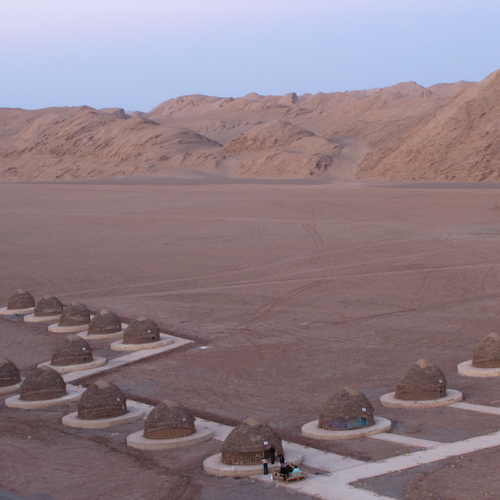 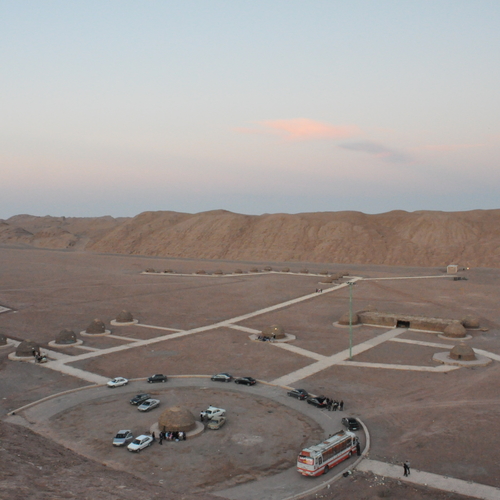 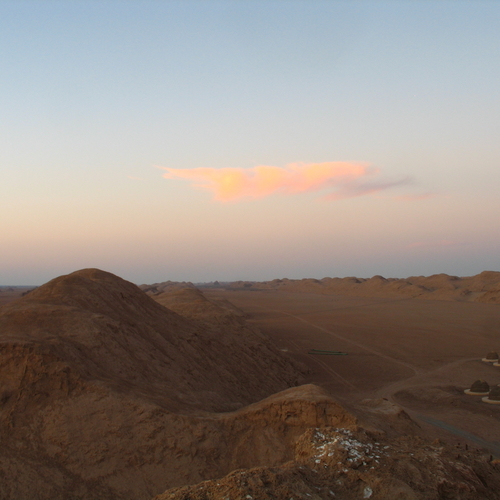 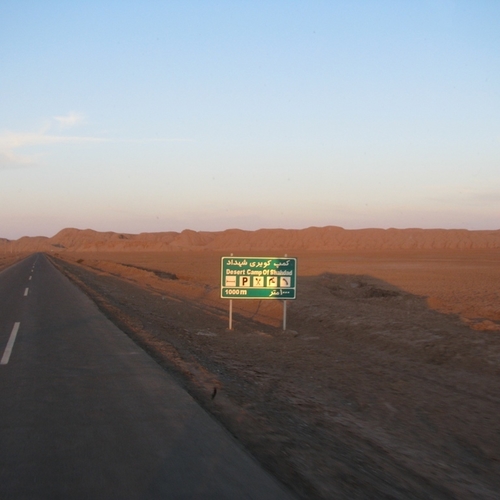 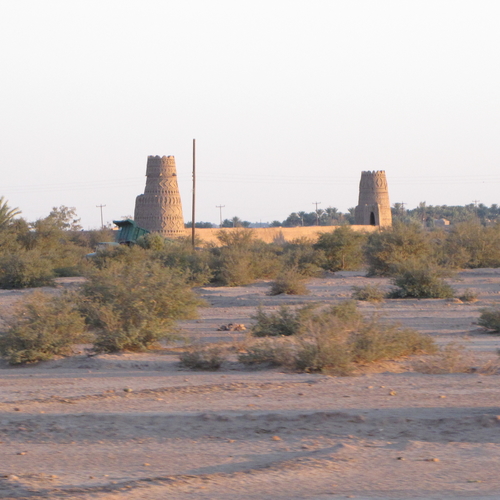 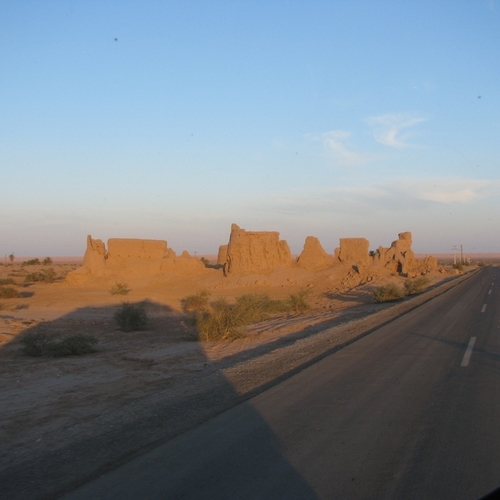 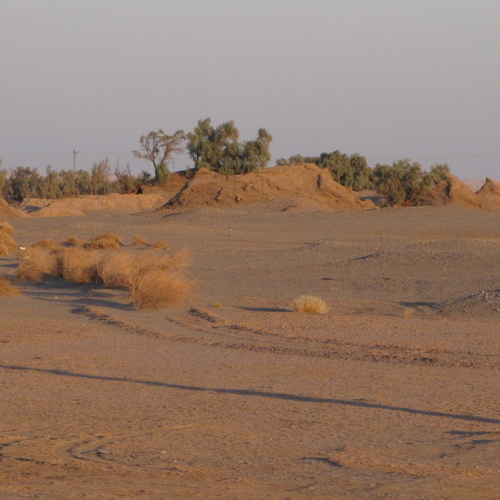 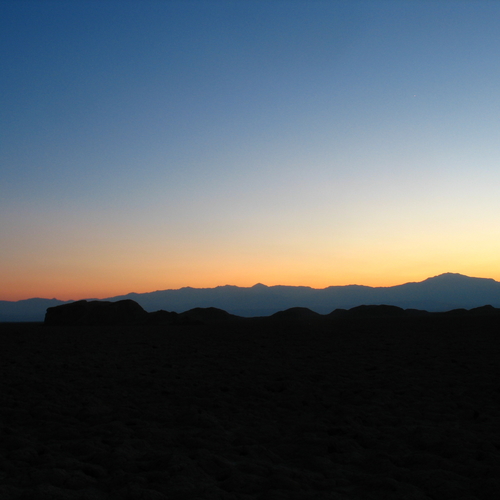 Shahdad is a city in Kerman County, Kerman Province, Iran and the population is 9258.
Khabis (the old name of Shahdad) with a height of 430 m above sea level is known as one of the geothermal poles. It has one of the hottest places on the earth (named Gandom Beryan ).
The driving distance from Kerman city to Shahdad is 95 km.
The current Shahdad is like a triangle its apex is inclined towards Konaran valley and its base is located on the east side of Takab area; it ends up in the most important and exclusive parts of this desert area, Kaluts, which are parallel to the edge of Lut desert.
Shahdad is one of the largest parts of Iran and most ancient parts of the Kerman province. It can be seen from the fourth millennium BC to the contemporary Islamic periods, such as graveyards and castles.
There are salt marshes in Shahdad desert, which you cannot find nowhere in the world like it.
The world's oldest metal flag as a "flag of Shahdad" has been discovered in this area. This area is one of the top destinations for foreign tourists. The main agricultural produce are dates.

It is a place for exciting leisure activities such as safari, desert climbing as well as scientific research. The best time for travelling to Shahdad is in fall.

North of the town, the Aratta civilization village and dwarf humans are said to have existed since 6,000 BC.
In most historical documents the name of this city which was very important in Seljuks era has been mentioned.
Old buildings in the south, north and east of Shahdad show the importance of the city in the past.
There is a cemetery in this region which has more than 300 graves in which the bodies have been buried their jewellery.
Shahdad had been an industrial town and had been one of the main centres of metal industry in three millennium bc.

1) Kalout :Kalouts are one of the greatest natural phenomenon, located 40km south east of the city of Shahdad. These kalouts have the length of 145km and width of 80km, covering an area of about 11,000km. wind and salty river (rood e shoor) has played important rules in forming these natural structures. Salty River or Roode E Shoor is the only river permanently running through the desert during all seasons. The region is known as the world's fourth natural attraction and world`s hottest place. Many people travel this far to enjoy watching the sun rise and sunset.
2) Gandom e Beryan: It is the name of a hill with an area of 480 square kilometers, which is covered with blackened volcanic lava. The hill has been introduced by Professor Parviz Kordavani as the world's hottest point where temperature in the shade rises as high as 67 degrees centigrade in summertime. Gandom-e Beryan or Rig-e Soukhteh is located 80 km north of Shahdad city in Lut Desert. Due to lack of access roads, only locals who are familiar with desert routes can reach there. From November to April, temperatures in this part of the world are bearable and it is the only opportunity to tour this region.
3) Qanats: An ancient irrigation system consisting of a tunnel dug at a very slight upward gradient into rising ground so that water from deep within the earth runs out to the surface. Qanats were developed in Persia mainly in Lut Desert and Dasht-e Kavir.
4) Shafee Abad castle
5) Haj mohamadtaghi Cistern : Water storage buildings, used in the past.
6) Imamzadeh Zeid

Stay a night in Shahdad desert

Staying a night in the desert and drowning in the sea of stars has been made possible by a camp located 20km from the city Shahdad.

The camp is built on the western margin of Lut Desert and is equipped with water, electricity, bathroom and etc.

When and how go to Shahdad desert?

Autumn is the best time to travel to Shahdad desert and it's very important to go with a professional guide and tours of that area to not get lost.

Shahdad desert has three green, red and orange regions. Tourists are permitted to go in the green zone without any written permission. Entering orange and red regions are only permitted if guides are accompanying you to the desert. Entering these regions require informing the authorities. The reason behind this is the probability of getting lost due to the wind and constant change of Kalouts shapes.