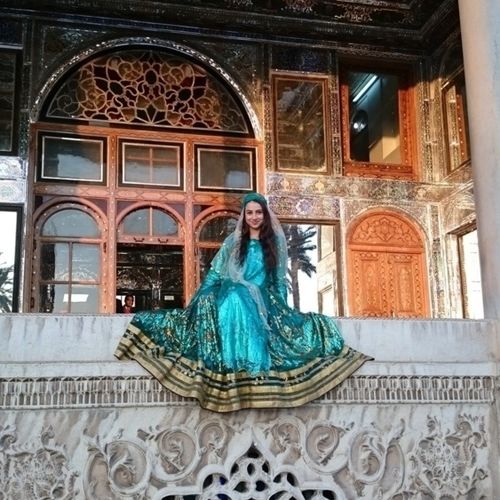 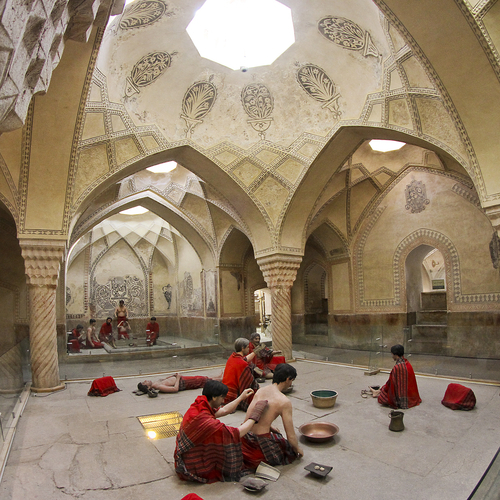 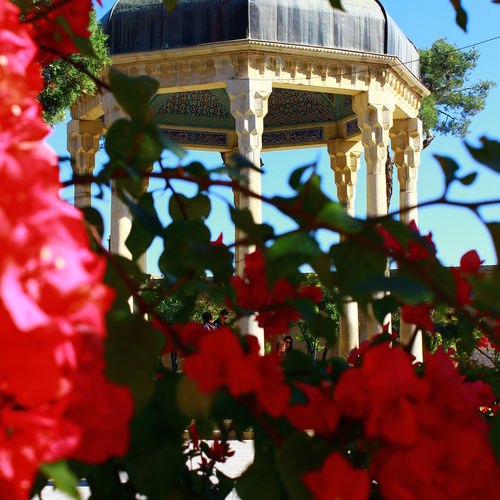 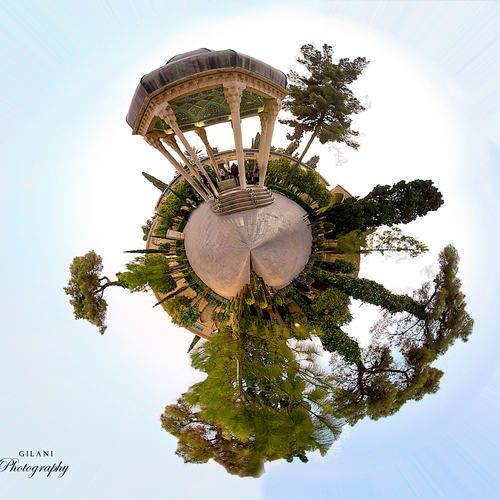 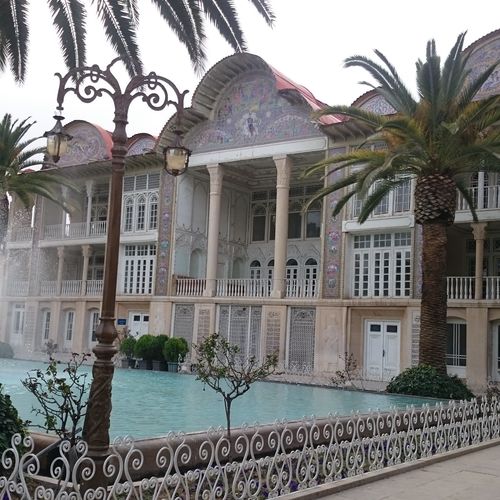 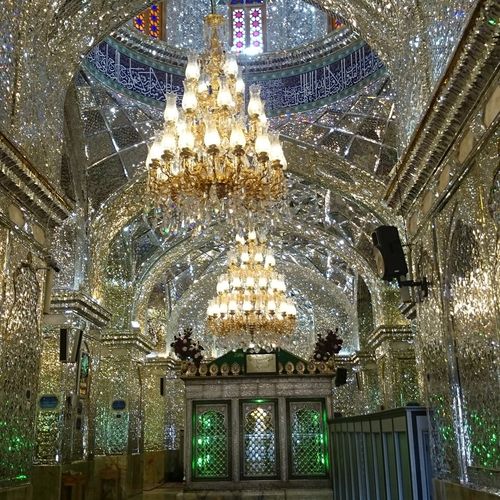 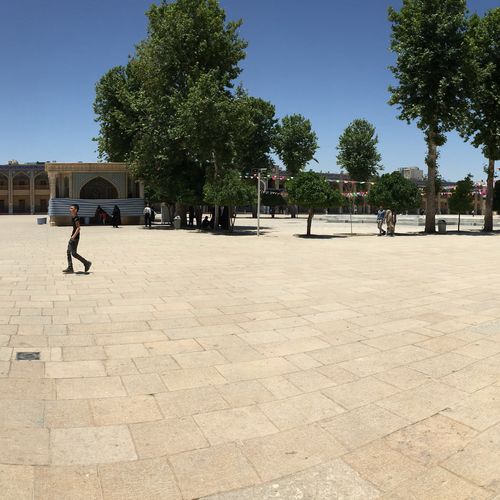 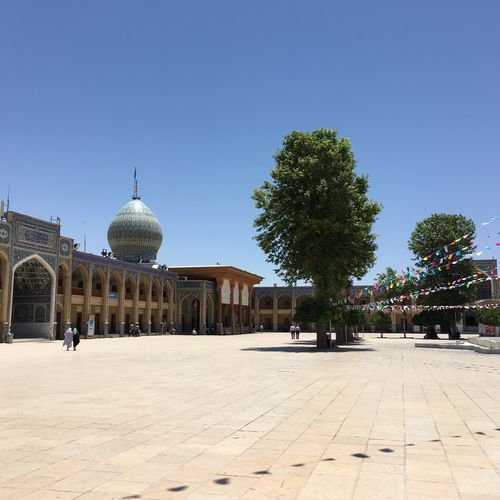 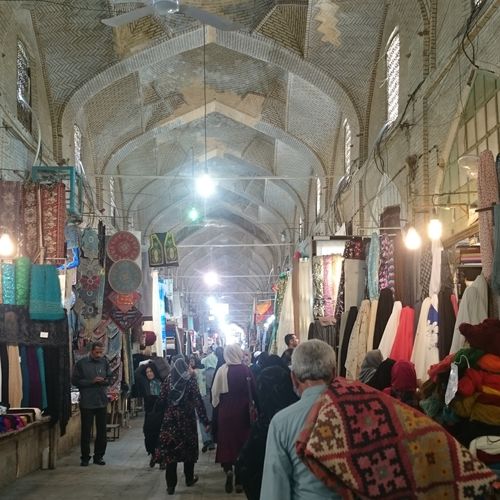 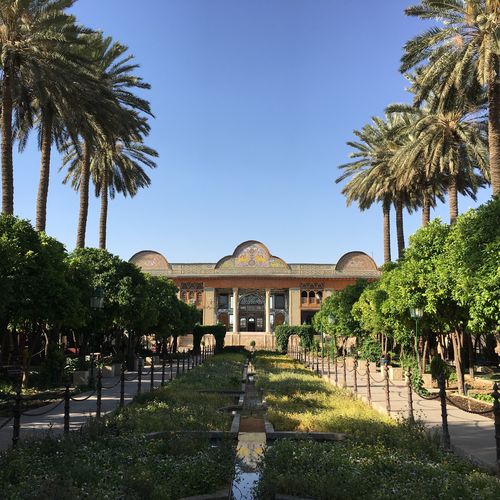 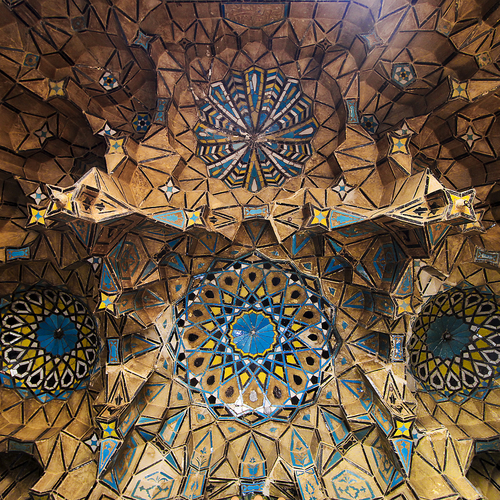 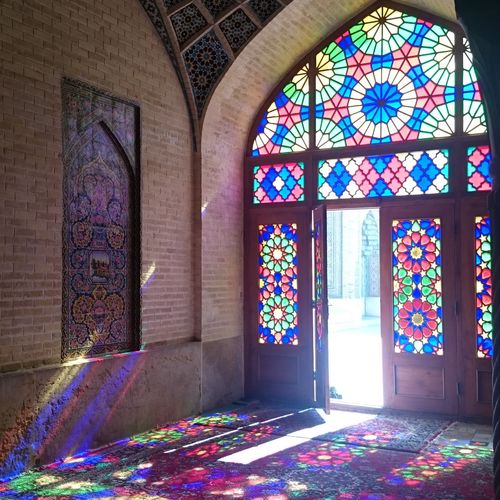 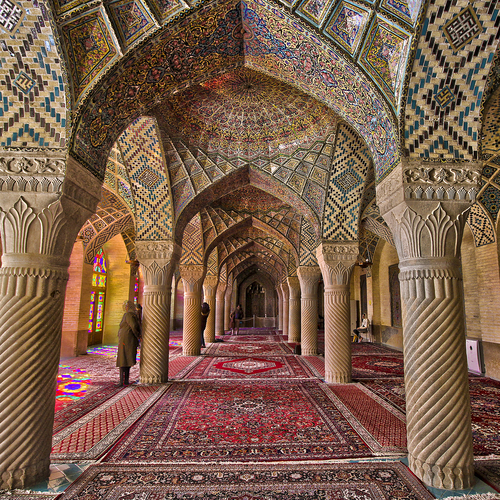 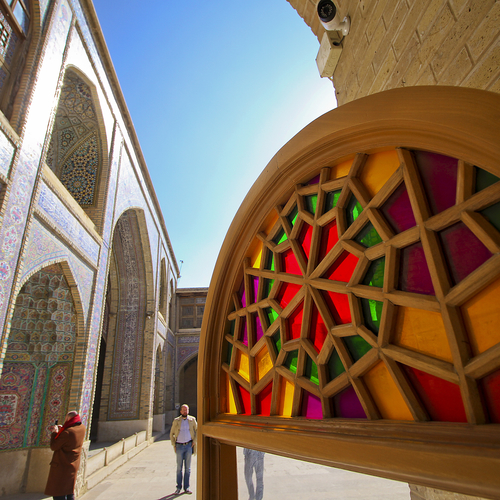 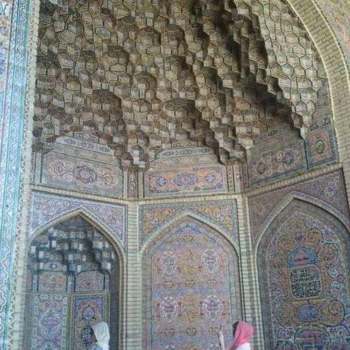 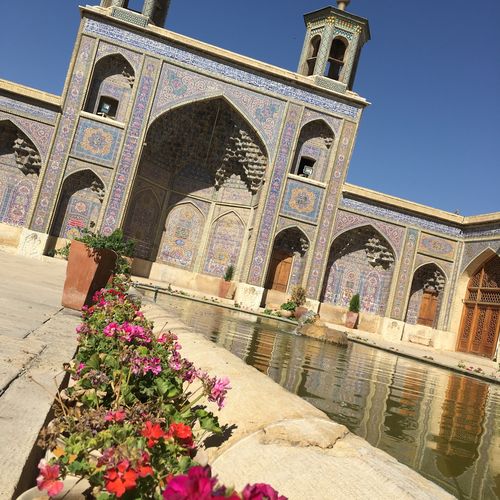 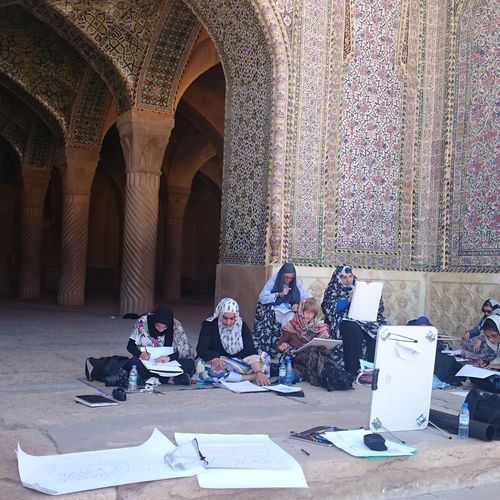 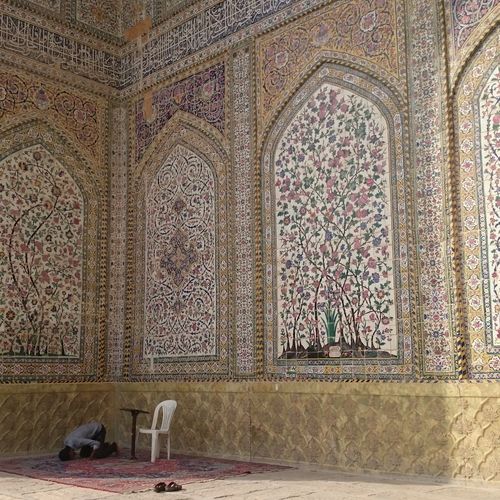 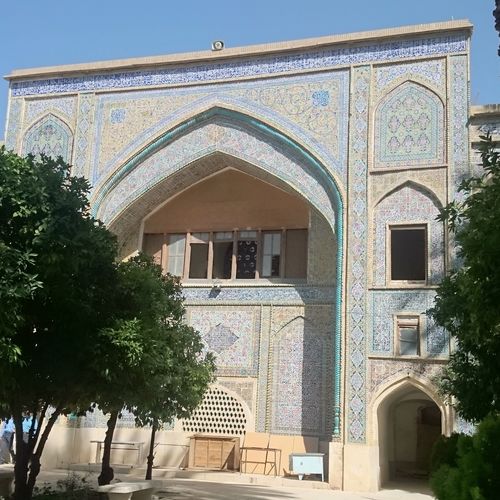 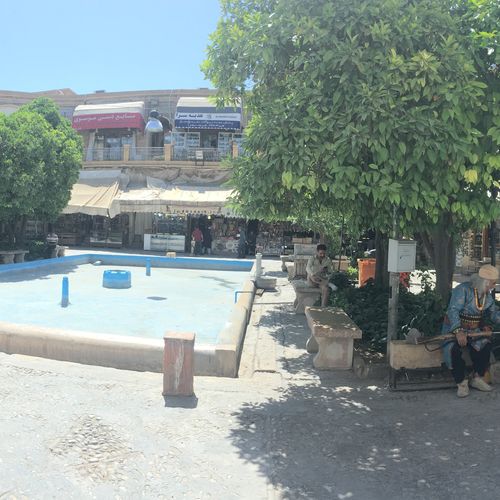 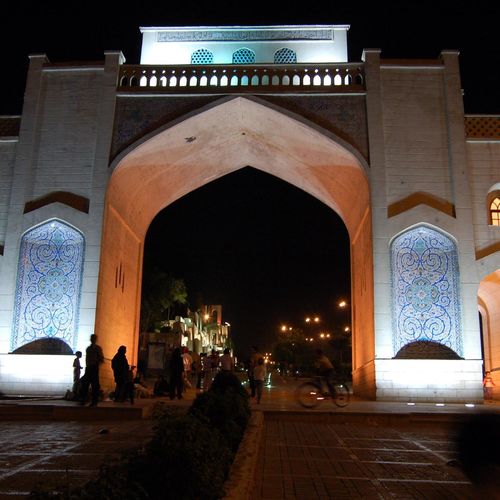 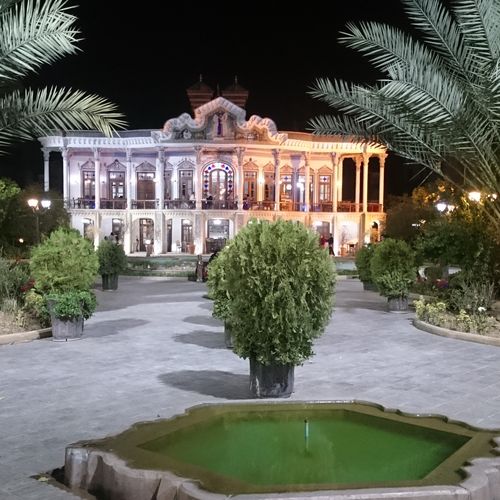 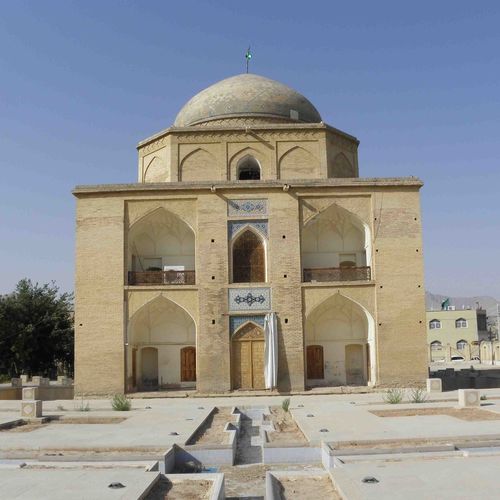 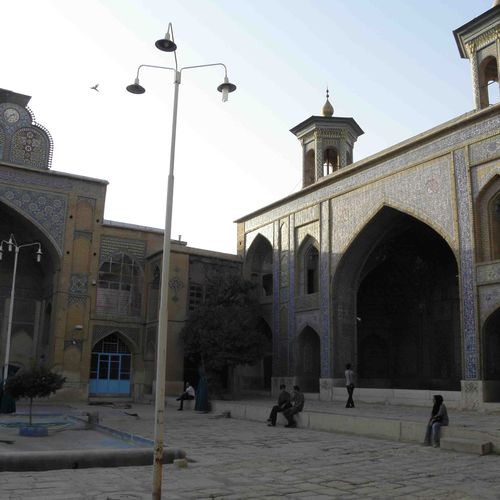 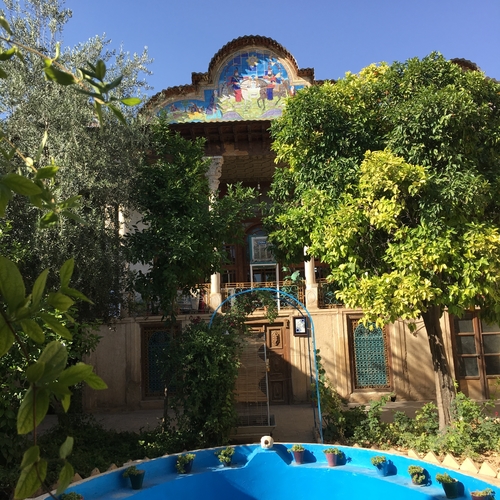 Shiraz is the sixth biggest city in Iran and is the capital of Fars province. It has a population of about 1.8 million people and it has a title which means the city of roses, wine, nightingales and gardens.

A city known as the capital of Persian art, culture and literature and was home to the beloved poets; Hafez and Saadi. Shiraz showcases some stunning scenery from its beautiful World Heritage sites such as Eram Gardens, Nasir Al-Mulk (otherwise known as the Pink Mosque), to the third biggest shrine in Iran, the beautiful Shah Cheragh.

The earliest reference of the city is from about 2000 BC, according to Achaemenian inscriptions, and the city was inhabited by many skilled people.

Other empires throughout various periods also lived in Shiraz from the Parthian Empire to the Sassanian Empire, and it was the Sassanians who expanded the city.

After the Islamic period, Shiraz became the capital of Persia and this was ruled by the Buyid Dynasty during 10th - 11th centuries and later the Zand dynasty in the mid-18th century. Shiraz was recognised as one of the oldest and most important cities in Iran.

Shiraz is the second most touristic city in Iran after Mashhad and it's not difficult to see why with its wide range of natural, religious and historical sites.
Here is a list of some of its many attractions:

1) Shah Cheragh : shrine of Imam Reza's brother
2) Quran Gate: the ancient gate of the north-eastern entrance of Shiraz.
3) Eram Garden: World Heritage site
4) Arge Karim Khan: the citadel was the house of kings of Persia in the 18th century.
5) Vakil Bazar : the bazar is over 1,000 years old, but the majority of the structure was built during 18th century by the Zand dynasty.
6) Vakil Bathhouse: it was built in the mid 18th century.
7) Vakil Mosque: it was built in the mid 19th century.
8) Nasir Al-Mulk mosque (The Pink Mosque): A private local mosque was built over 12 years from 1876 AD. Catch this in the morning to see its full glory and the amazing light reflection through its colourful stain glass windows, bouncing off the floral pink tiles. The best months to visit are January and February.
9) Hafez Tomb: The tomb of one the greatest Persian Poets in the history of Persia who lived in the 14th century. The Hafez poetry book is the second most published book after the Quran in Iran.
10) Saadi Tomb: Saadi is the master of Persian literature who is called the master of speech and the teacher of morality' in Iran. He died in the late 13th century.
11) Naranjestan: an amazing mansion which was used for administrative purposes and was built in the 19th century. Great mirror, paintings, wood and stone-work in the building make it quite unique.
12) Zeenat al mulk house: it is located near Naranjestan and was built as a private house for the Regent of Fars province and his family who worked in Naranjestan.
13) Jame Atigh Mosque: it was built around the 9th century.
14) Ali ibne Hamze: one of Shia holy shrines .
15) Astaneh: holy shrine.
16) Shah Shoja Tomb.
17) Afif Abad Garden.
18) Jahan Nama Garden.
19) Haft Tanan Museum.
20) Madraseh Khan: theological school from the Safavid empire.
21) Pars Museum.
22) Sheikh Rozbahan Tomb.
23) Barma Delak - Sassanid stone bass relief.
24) Bi Bi Dokhtaran Mausoleum.
25) Sibawayah Tomb.
26) Water Museum.
27) Salt Lake: the second biggest salt lake in Iran.
28) Ghalat Village.
29) Janaat Garden.
30) Kooh Payeh Park.
31) Bamu National Park: it is a forbidden Hunting Area.

Shiraz can get quite warm in the summer months, so why not try cooling yourself down with a delicious thirst-quenching glass of chilled rosewater, or maybe try a bowl of Bastani (Persian ice cream), or Faloodheh (Frozen starch noodles flavoured with lemon juice).

Here are a few other local Shirazi foods: