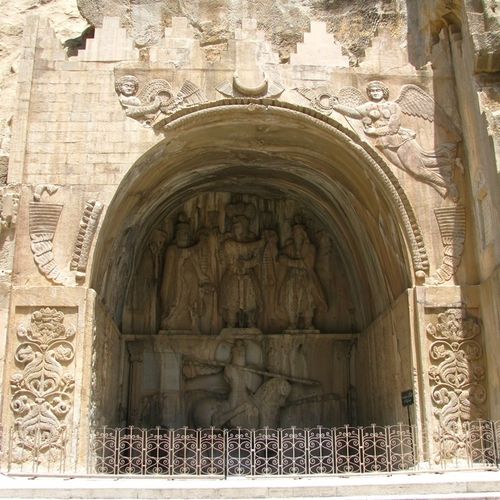 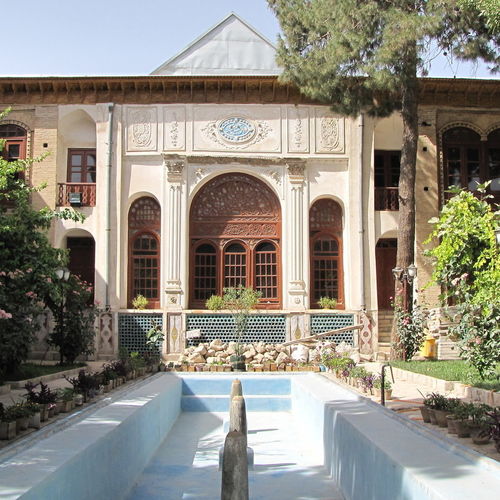 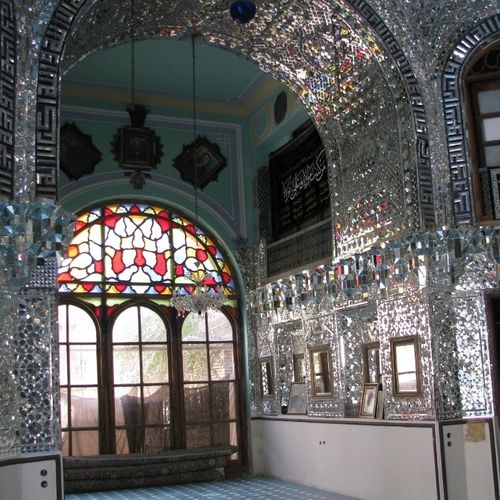 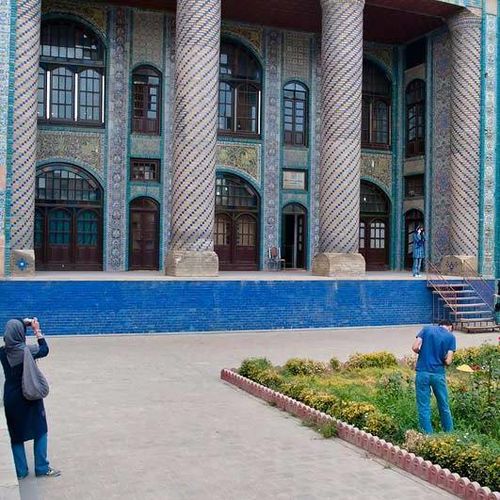 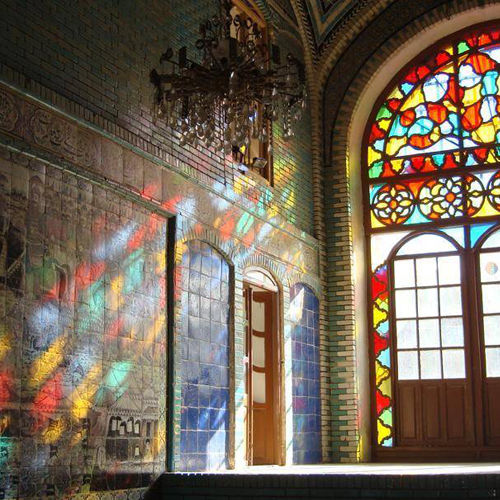 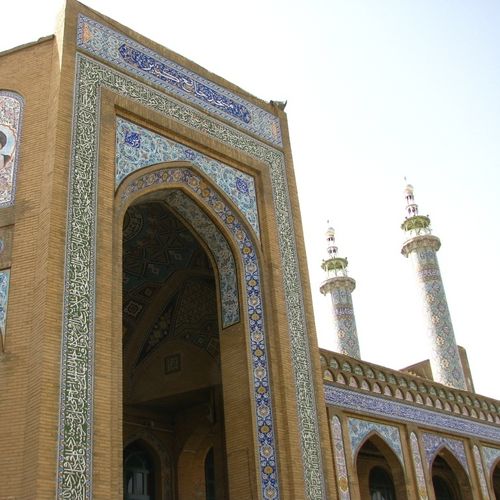 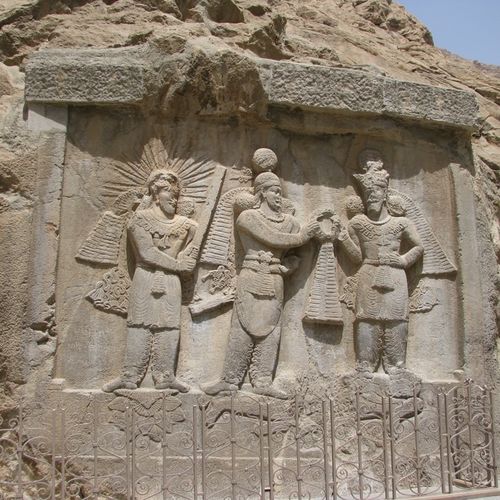 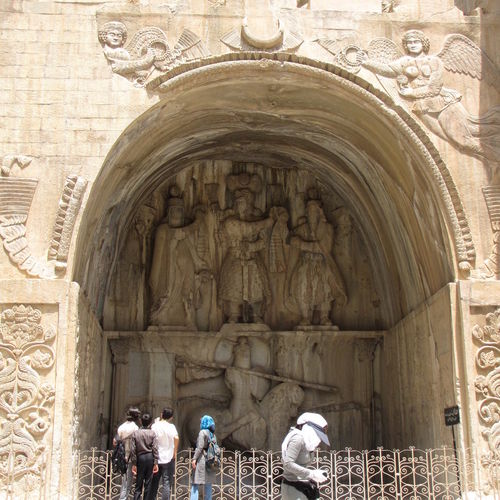 Kermanshah has the largest Kurdish community in the country and is the most important city of western Iran.

It is located near the Zagros Mountains and the average altitude is 1,400 m above sea level. The city is 525 km from Tehran.

The great geographical location of Kermanshah means the weather there is of a moderate climate.

The city has many natural beauty spots including gardens, woods, springs and mountains, and this makes it a great tourist attraction for Iranians during the spring and summer months.

It is clear that in such a climate, farming is successful, and this makes Kermanshah one of the main farming cities in Iran.

The naming of the city has many different theories and one of the most widely accepted is about the story of Bahram the Fourth who was a Sassanian King who lived between the 3rd - 4th centuries.

Bahram was the king of Kerman which was a region in the east of Iran, and he established a new city in the west of Iran that was called Kermanshah meaning the 'King of Kerman'.

The second theory which is also accepted, is that Kermanshah is derived from a Kurdish word which means 'the land of farmers and peasants'. It is a story from a few hundred years BC, which mentions the people who lived in this area who were mainly farmers and were made to pay taxes to the central government.

Kermanshah is famous in Iran as the land of warriors and heroes, and also for its amazing folk music. The mainstream music in Iran is mainly influenced by Kermanshah music.

The religious diversity is another feature of this wonderful city and shows that Iran is simply not just a country populated by Shia Muslims, but in actual fact, it is also populated by Sunni Muslims, Yarsan or Ahle Hagh, Zoroastrians, Christians and Jewish people who all live in the city.

Kermanshah is known as the cradle of pre-historic human beings and culture.

According to archaeological excavations and findings dated from more than 200,000 years ago, it has been discovered that human beings were living in caves near Kermanshah. The caves there were different historical hills which dated back between 8,000 - 10,000 years ago which also showed that they were occupied by civilised human beings.

In Achaemenid tablets and inscriptions, the name of the city is mentioned as 'Kambaden' and 'Karmishin'; that is similar to the name Kermanshah we know today which questions the theory that the city was built by the Sassanian King 'Bahram the fourth'.

There was a famous letter sent by the Prophet Muhammed to the King of Persia, 'Khosro Parviz' asking him to accept Islam, and this letter was opened and read near the city of Kermanshah.

According to history, during the Arab invasion of Persia in 640 AD, the city was completely destroyed by the Arabs and the inhabitants were forced to leave their city and establish a new city close to the original.

The glory of Kermanshah came back during the 11th century under the mighty Seljuk Empire, but a new war with the Mongols again saw a repeat of the Arab invasion which meant the total destruction of the city.

After the Safavid Empire gained power in the 16th-17th centuries, Kermanshah was the field of many long battles with the Ottoman Empire.

In the 18th-19th AD unfortunately due to internal civil wars and the war with the Ottomans it meant the region was in a bad situation.

During the First World War the region was occupied by the Russian army for a brief period but finally the local warriors sent the Russians retreating back to their own country.

In 1979, due to the movement against the last King of Iran, the city played a massive role in overthrowing the Monarchy. Unfortunately, just two years after the revolution a new war between Iran and Iraq emerged and the eight years of war that followed seriously damaged the city and you can still see the marks left of that war today.

1) Taghe Bostam Park Complex - a complex of different parks, lakes, springs and mountains. It was used by Sassanian Emperors as a hunting field.
2) Takyeh Moaven-al-Molk - this place was built in 1903 and used by Shia Muslims for mourning purposes.
3) Biglar Beigi Takyeh: it was a Shia mourning building from the 19th century.
4) Khajeh Barookh's House - the house of a Jewish merchant in the 19th century.
5) Museums - Zagros Palaeolithic Museum, Museum of Anthropology, Stamp Museum, Taghe Bostam Stone Museum and Traditional Costume and Jewellery Museum, etc.
6) Bazar - this Bazar has different parts including Jewish and Kurdish Quarters.
7) Parav Cave - it is a national site in Iran and is known as one of the deepest vertical caves in the world. Its elevated entrance is 3000m high and this is the reason it's known as "The Everest of Caves".
8) Do-Ashkaft Cave - a Palaeolithic Cave 1,600 m above sea level.
9) Sarabe Niloofar - a lake approx, 20 km from Kermanshah, which has Lotus flowers in the hot season.
10) Shafei Mosque