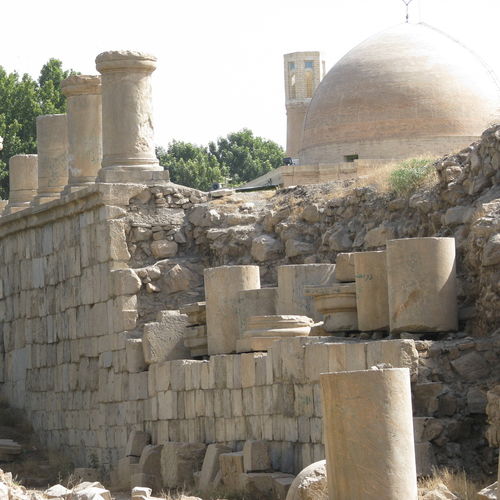 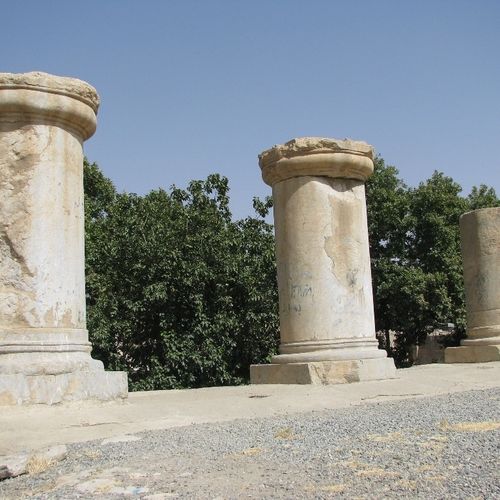 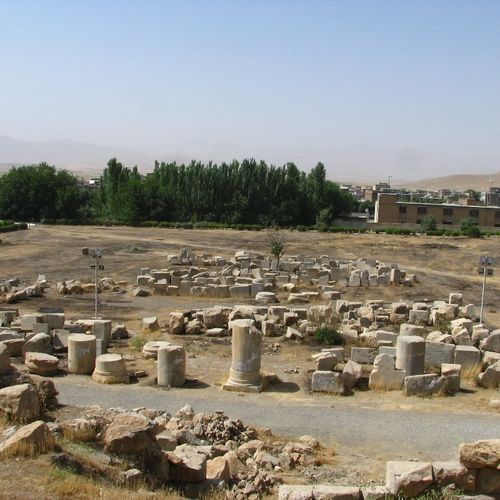 Kangavar is in the centre of Kangavar county in Kermanshah province. The city's population was 81,741 according to a 2012 Census.

The area is excellent for farming and agriculture and contains different villages and springs.

The oldest archaeological discovery in this area dates back to 7,000BC in Godin Tapeh. It is a complex of different hills, bridges and structures which gives a great deal of valuable information about ancient periods.

The other important historical site is the Anahita Temple which is located at the top of a hill at the centre of the city. There are a lot of theories about the exact date and reason for building this structure.

As Kangavar is located near the road of Hegmataneh-Tisfun, which were large Sassanian cities, the structure could be a temple. In 37 AD a Greco-Roman geographer Isidor of Charax mentioned the name of a city similar to Kangavar and a temple for the Goddess Anahita on the top of a hill there.

There is not enough evidence to explain what happened to Kangavar during the Islamic period, however, the city was always known as a small region.

1) Anahita Temple - The structure is Achaemenian, Parthian and Sassanian and dates from 400 AD - 700 AD. There is not enough evidence to show why and when the building was built, but the main evidence shows us that the structure is a temple. It was built for the Goddess Anahita who was the goddess of fertility, water and the royal family. It is 32m in height on a hill in the centre of the current city of Kangavar. The building contains large milky-white stones.
2) Gudin Tapeh.
3) Hamam Tavakol.
4) Hamam Bozorg..
5) Sari Aslan Castle (19th century).
6) Ancient Bridges.
7) Mosques.
8) Old Houses.

The traditional food of Kangavar is quite similar to the food in Kermanshah except for a special Halwa which it is well-known for.

One of the main souvenirs found here are musical instruments called a Tar and a Tanbur.

Another souvenir you can find here are engraved wood carvings called Moaragh and Monabat.