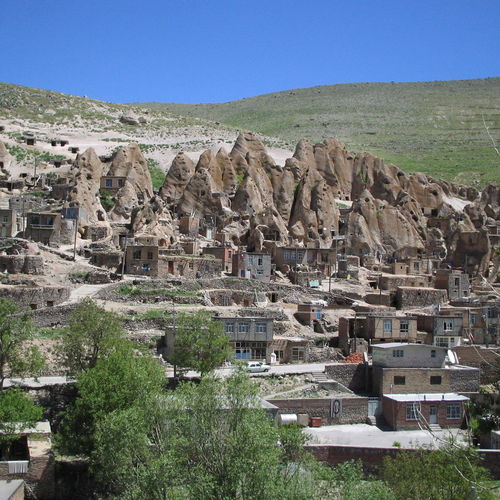 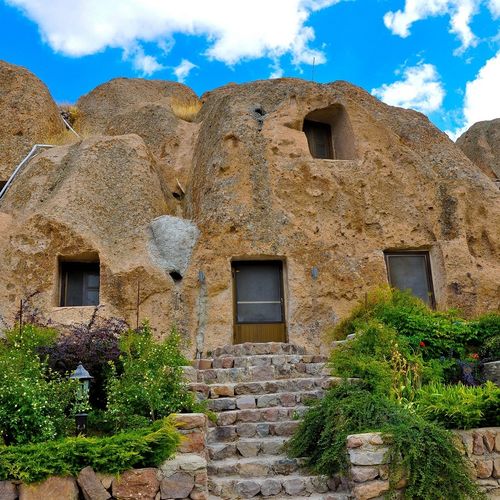 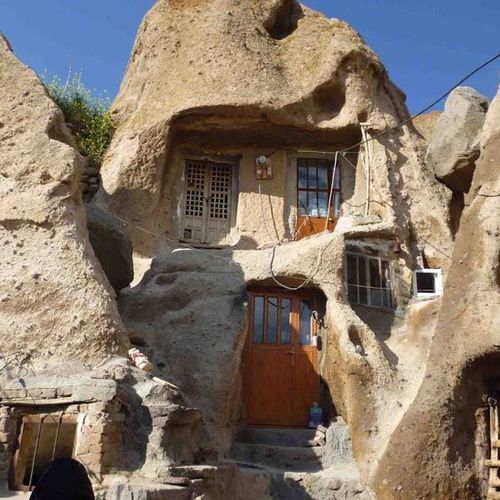 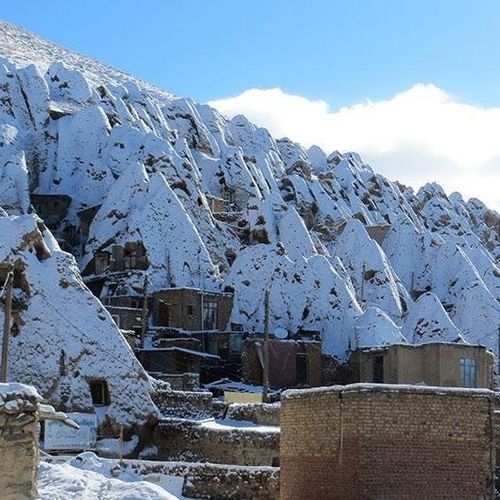 Kandovan is a small touristic village in Osku county in East Azerbaijan province in Iran.

In 'Cappadocia', in Turkey and Dakota in the USA, these types of villages aren't inhabited by locals and are used for tourism purposes only. Kandovan is the only human-made cliff dwelling which is still inhabited in the world.

In Kandovan, the houses were cut into the Lahars of the Sahand Mountain which is also a volcano.

After the eruption of Sahand Mountain, the Lahars were naturally moved and formed the cone-shaped rocks of Kandovan.

It seems that human beings were living in these from nearly 6,000 years ago, but the main evidence shows that during the Mongol invasion in the 13th century, Kandovan was populated and this may have been for safety purposes.

Nowadays, the population is less than 600 and there are about 117 houses and caves. The height of some houses is 40 m and some of them have three to four floors. Locals carved some caves for their animal's shelter or food storage.

The village drinking water is from a spring near the village and is channelled to near the houses.

The produce of the village is honey, herbal medicines, grape syrup, walnuts, almonds and dry plums.