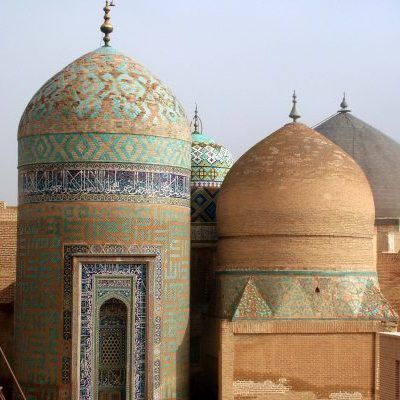 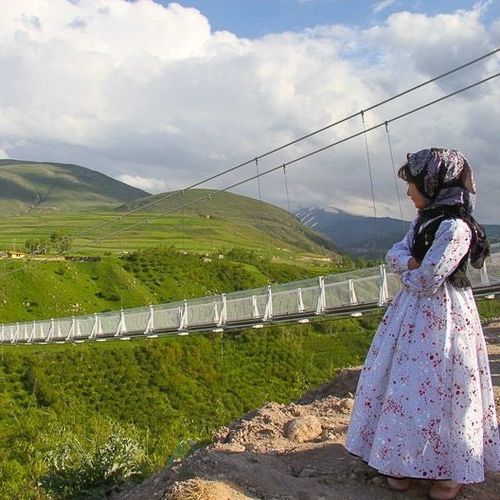 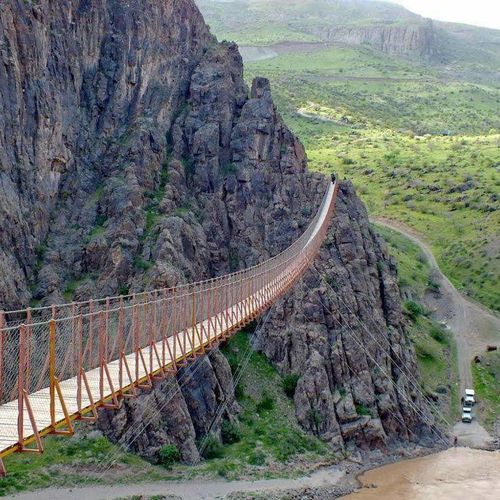 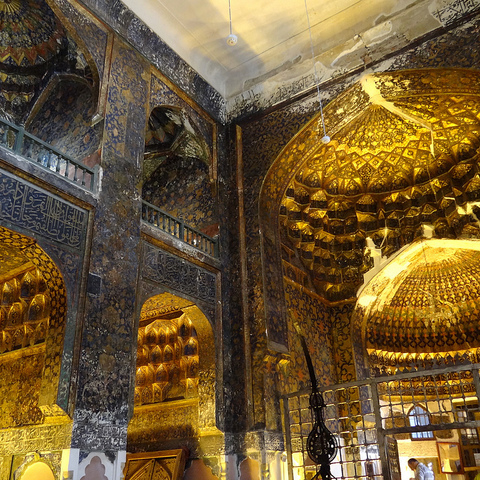 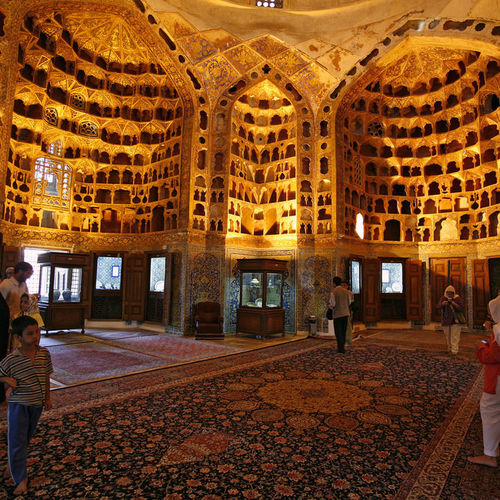 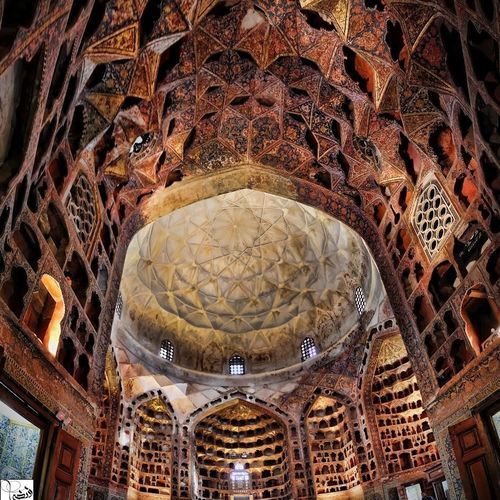 Ardabil is the capital of Ardabil province in the Iranian Azerbaijan region. The population of Ardabil was 529,400 in a 2016 census.

The average altitude above sea level is 1,350 m and the city is located near Sabalan: a volcanic mountain in the Talesh Mountains. It is 580 km from Tehran and 219 km from Tabriz.

This city has borders with the Caspian Sea and the Republic of Azerbaijan. It is one of the coldest cities in Iran with frozen winters and cool summers. In Iran, Ardabil is famous for three things - its many frozen days throughout the year, their carpets, and also a UNESCO World Heritage site that was built in the honour of 'Sheikh Safi ad-Din Ardebili' who is known as an eponymous founder of the Safavid dynasty and as the most powerful Shia Government in Iran.

The name of this city is mentioned at different times in the most important poetry book for Persian speakers which is written by Ferdowsi; 'Shanameh' and encapsulates the rich history of the city. In "Avesta" the holy book of Zoroastrians it's mentioned that 'Yasna' another holy book of Zoroastrians was revealed by god to Prophet Zoroaster when he was on Sabalan Mountain near modern day Ardabil.

Some stories mention that Zoroaster was born on the river of 'Aras' which is near Ardabil. All of these stories show that Ardabil was a holy town in ancient Persia and the word of Ardabil in the Pahlavi language means 'Holy Town'.

The majority of locals in Ardabil are Shia Muslims but there are other minorities from different religions living there, especially Armenians. The locals speak in the 'Azari' dialect in their daily lives, however the official language is Farsi.

In classic Persian historical books, which were written during the Islamic period, it was recorded that Ardabil was built by a Sassanian king 'Peroz the First' but archaeological evidence suggests that Ardabil history dates back to more than 3,000 years ago although the oldest evidence of humans occupying there dates back to a minimum of 40,000 years ago according to stone paintings.

As this city was located near the ancient Silk Road, a large number of caravanserais (travel inns) were built near it.

This historical city experienced a lot of wars and many invaders such as the Arabs, Mongols and their Mongol descendants.

During the Ilkhanate era in the 13th century Ardabil was rebuilt and flourished because the rulers chose their capital near Ardabil.

When 'Shah Ismail the First' chose Tabriz as his capital in 1501, the boom days of Ardabil began, but unfortunately between 1514 - 1722 there were long wars between the Persian and Ottoman empire in the Ardabil region which halted more development.

During a long-term conflict between Iran and Russia, there were many battles in the Azerbaijan area and Ardabil was occupied by the Russians for a few years. Finally, in an agreement between the two nations, in 1828 they determined the border between the 2 countries would be 40km from Ardabil which put the city under Iranian control.

After Iran had lost some of its territory due to an agreement with Russia, the government started to focus on Ardabil and especially its redevelopment, increasing business activities and trade in Ardabil bazaar. As a result of this the population in Ardabil increased quickly.

In the early 20th AD due to activities against the monarchy and dictatorship in Iran the city was actively involved in the constitutional revolution of Iran.

As Ardabil is located between mountains and has beautiful natural surroundings it has a high capacity for ecotourism.

Due to its unique nature, rich history and the tomb of Sheikh Safi-ad-Din Ardabili the city attracts many tourists.

1) Sheikh Safi-ad-Din Ardabili tomb - This tomb is a UNESCO World Heritage site that was built in honour of Sheikh Safi and Shah Ismail the First. Sheikh Safi was the eponym of the Safavid dynasty, founder of the Safaviyya order and a great Sunni Sufi order. He was the ancestor of Shah Ismail the First who was the founder of one of the most significant ruling dynasties of Iran after the introduction of Islam to Iran. The Safavid dynasty chose Shiasm despite the fact that their ancestors were Sunni and they ruled between 1501-1736. The tomb was built after 1334 by Shah Safi followers but was developed during the 16th-18th centuries.

2) Ardabil Grand Bazaar - The main dome and building of this bazaar was built during the Safavid era, and like other bazaars in Iran a bath house and mosque were built near that.

3) Ardabil bridges - Ardabil has a lot of bridges like Pole Nayer, Pole Haft Cheshmeh, Pole Panj Cheshmeh, Pole She Cheshmeh and Qaraa Soo Bridge which were mostly built during the Saffavid era.

5) Imamzadeh Saleh Mausoleum - A descendant of a Shia Imam and the mausoleum was built approximately 250 years' ago.

6) Mausoleum of Sheikh Jebrail - The tomb belonged to one of the ancestors of a Saffavid king.